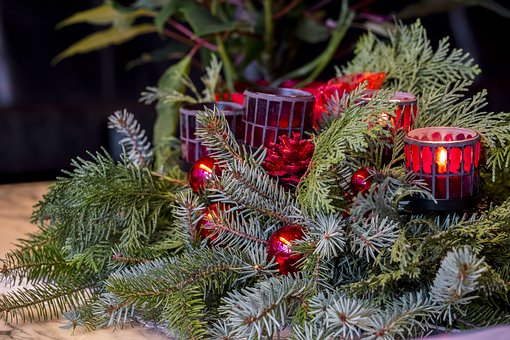 Truly, it is the most wonderful time of the year. While Western Australia celebrates Christmas by the beach or with a dip in the pool, slurping our mango smoothies and nibbling on our cherries, here are some interesting little facts on Christmas:

1. Mistletoe.
Through the ages, before the dawn of Christianity, evergreens were held sacred as symbols of eternal life and rebirth. The mistletoe, a fruit-bearing ever green plant, was thought of as possessing the power to cure infertility and ward off bad luck. However, if you were in Greece, it is said that kissing under a mistletoe signifies a promise to marry the one you kissed. Perhaps, this is one of the many reasons why Facebook's research found that Christmas is when the least break-ups happen in the year.

2. Christmas Stockings.
This tradition began in Smyrna, modern-day Turkey when Bishop Saint Nicholas would save the lives of three poor sisters from prostitution, by filling their stockings with gold coins so that they could afford a wedding dowry.

3. Santa Claus.
Here's a myth debunked. Although Santa Claus was used by Coco-Cola advertisements in 1933, the modern day Santa Claus was first designed by cartoonist Thomas Nast in 1870s and have been around since the early 1800s. What is true though, is that he was inspired by Saint Nicholas of Bari, fond of giving secret gifts to children.

4. Christmas Books.
"The Christmas Book Flood (Jolabokaflod)" is celebrated in Iceland where books are exchanged on Christmas Eve - and one would spend Christmas night reading the book and eating chocolate. Iceland, today, publishes the highest books per capita each year between September to November due to this tradition.

5. Roast Turkey.
This famous Christmas dish made its debut in 1851 in the Royal Courts of England replacing their then favourite dish - roast Christmas swans!

6. Christmas Pudding.
Originally, Christmas pudding was to foretell the following year's luck. It would conceal either coins (wealth) or buttons (bachelorhood).

7. Candy Cane.
Made in Europe from the 1670s, their shape represents Jesus' hook for shepherding His lambs and their colours represent purity (white) and Christ's sacrifice (red).

10. "La Befana" or the Good Italian Witch.
In Italy, the good witch known as "La Befana" is said to fly around her broomstick on the night of the 5th bringing gifts to well behaved children and lumps of coals to the naughty ones.

Surprise your friends this Christmas by revealing some of the stories behind Christmas tradition.