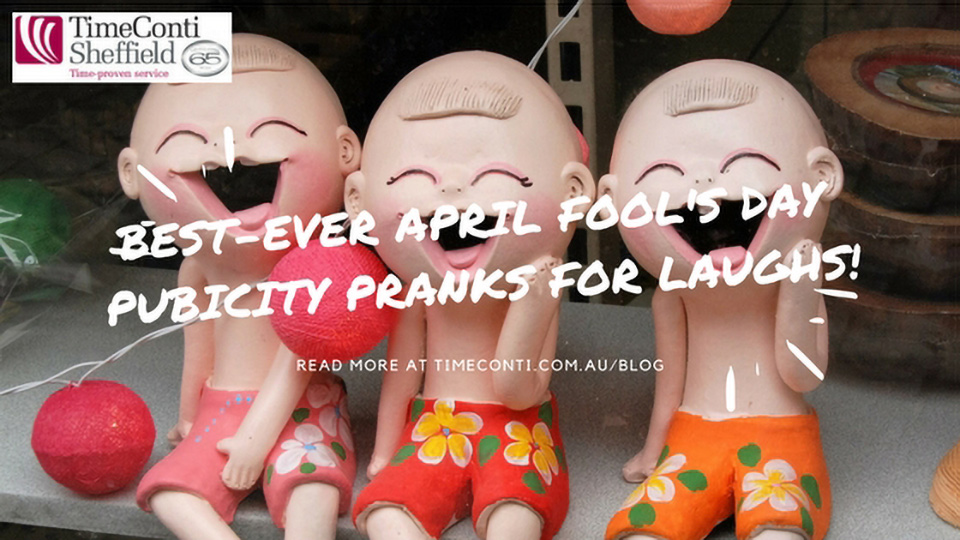 The tradition of April Fool's Day* continues throughout history as a celebration of a variety of harmless jokes and pranks played on those near and dear to us. Here are some of the most memorable advertising jokes played in recent history:

1. Spaghetti harvest
In 1957, BBC broadcasted a film in Switzerland showing Swiss farmers (mostly ladies) harvesting freshly grown spaghetti from trees. They were bombarded with requests about growing that plant at home!

3. Left-handed burger
In 1998, Burger King (Hungry Jack's here in Australia) advertised a "left-handed burger" - and it made a clever marketing announcement later - "Everyone knows that it takes TWO hands to hold a Whooper".

4. Flying penguins
Once again, the BBC released a video clip of flying penguins in 2008 claiming that they were escaping the harsh Antartic weather for a preferred tropical climate in South America.

5. Doggy high chair
Ikea announced that it welcomes dogs on dining tables as part of family meals with its Doggy High Chair featuring 2 bowls in the elevated food tray.

These advertising pranks reminds us that we really should not believe everything that we read on the media. We hope that you have enjoyed this reading this article and it has brought a smile on your face.

*April Fool's Day has been celebrated since the 500s all over the world, bearing different names and faces. From the Scottish "Huntigowk", India's "Holi", Iran's "Sizdah Bedar", to the ancient Roman's celebration of "Hilaria", it is said that this festival may have its origins in the 1500s when the Gregorian calendar took over from the Julian. Those who forgot the change and attempted to celebrate the New Year (previously celebrated on the 1st of April) on the wrong date were teased as "April fools".

The Importance of Families

“You don’t choose your family. They are God’s gift to you, as ..

The Year 2021 welcomes the Year of the Metal Ox for the Chinese ..